The University Archives are the official records of the University of Strathclyde, documenting its history from its foundation in 1796 as Anderson’s Institution by John Anderson, Professor of Natural Philosophy at Glasgow University. Anderson left instructions in his will for the establishment of a second higher education institution in Glasgow which would be a place of 'useful learning' and of education for all, regardless of gender or social class. The University developed rapidly, soon gaining a reputation as a major technological institution.

History of the University of Strathclyde

The history of the development of the University since those early days is complex, including several mergers with other educational institutions in Glasgow. We hold the records not only of the University but of most of these other institutions too. Our largest such collection is the records of Jordanhill College of Education, which merged with the University in 1993 to become the University’s Faculty of Education. At the time of the merger, the College was the largest teacher training college in the UK. We hold the records of the College and its antecedents dating back to 1828 with the opening of a model infant school by the Glasgow Infant School Society. 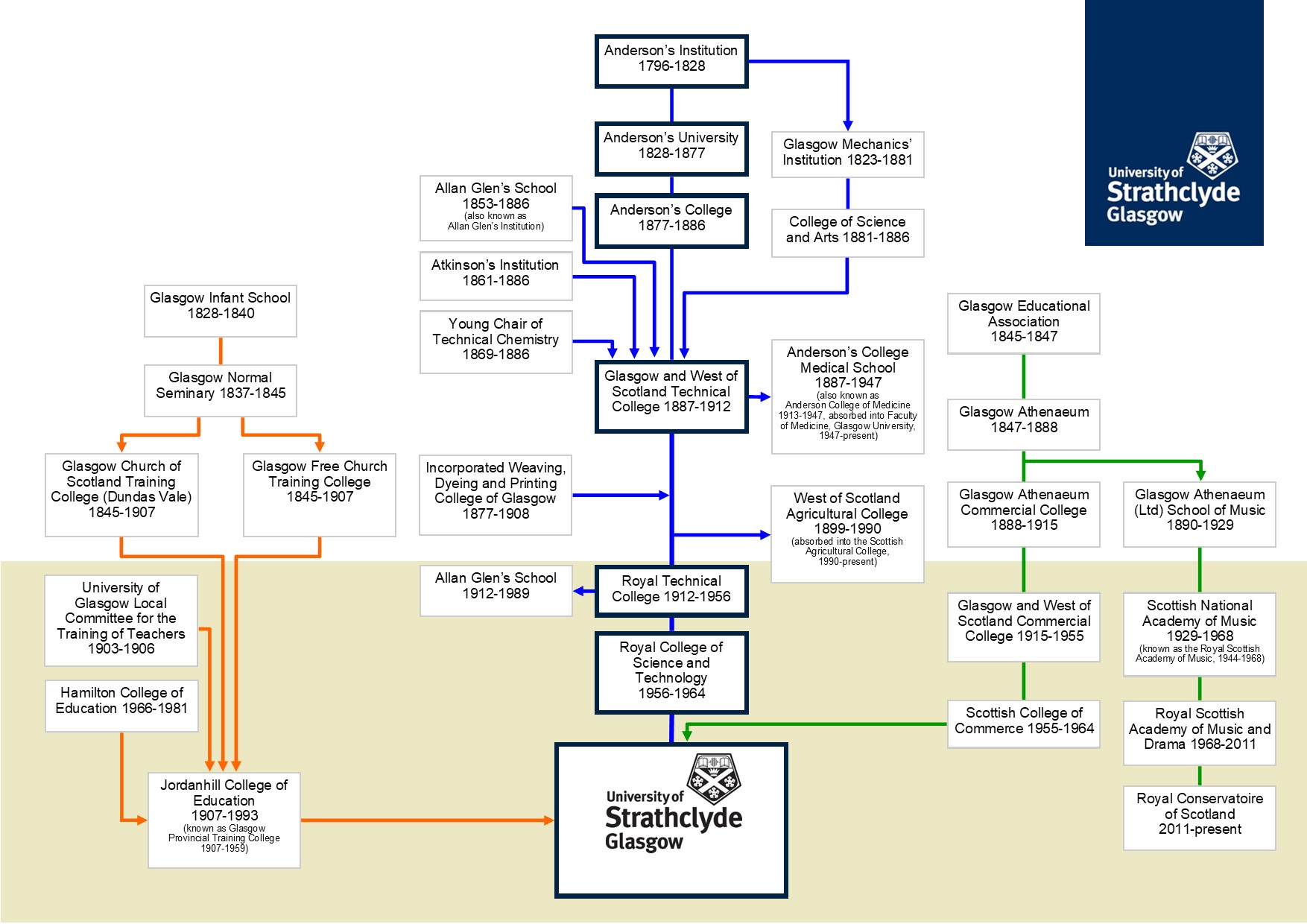 The types of records in the University Archives include:

Papers of former staff and students

In addition to the official University archives, we also have the papers of many former staff and students and others associated with the University and its antecedents including the papers of:

We also have the records of many organisations associated with the University including staff and student clubs, societies, associations and trade unions. Most of the material dates from the 20th century but there are 19th century records for some of the older established societies including the Andersonian Chemical Society, believed to be the longest running student chemical society in the UK.

For more advice on searching please see our search guide. 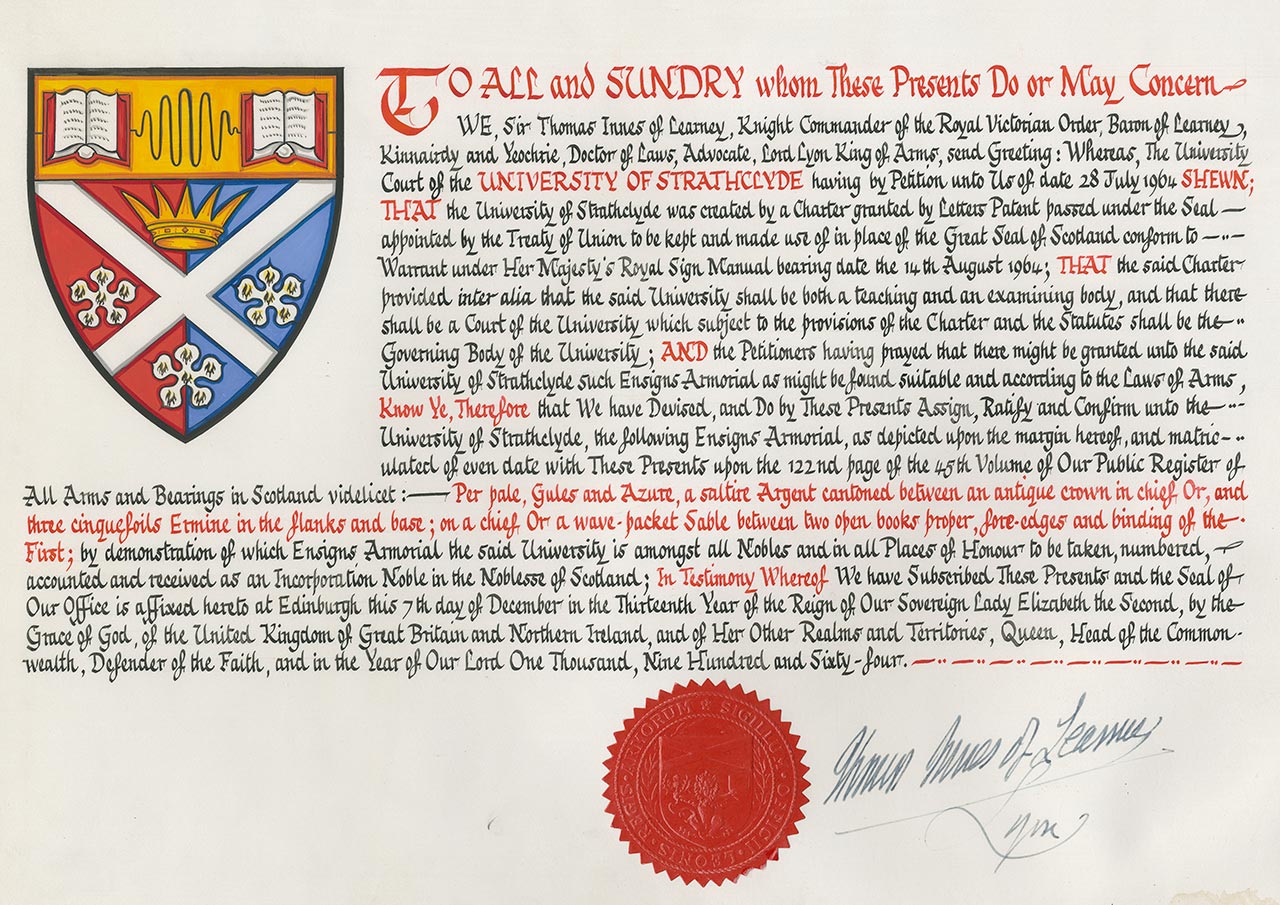 Blog posts about the University Archives