A Guide for Teaching Staff

There are multiple rights in film and other video content.  Permission is usually required to reuse films, television and radio broadcasts unless the work is out of copyright or a licence or copyright exception applies. What licences apply can differ depending on the source of the content you want to use, for example the ERA licence only covers UK TV and radio broadcast on terrestrial channels.  So it does not cover satellite/cable channels, for example SKY or foreign broadcasters such as CNN.

With regards to films shown on terrestrial TV channels the University has an ERA licence that permits the making and showing of recordings of TV and radio broadcasts on terrestrial TV channels such as BBC or Channel 4.  This also allows you to access and download content from on-demand services such as BBC iPlayer, ITV Player and 4oD. You may show recordings to staff or students in class or off-site via secure access to Myplace, for non-commercial educational purposes only. Please note off-site access is restricted to UK based students only. Access cannot be given to students based overseas.

More information about the licence is available here: https://www.strath.ac.uk/professionalservices/is/compliance/licenceschemes/#era

The licence does not cover satellite/cable or broadcasts on foreign channels, but it may be possible to use extracts from these under one of the copyright exceptions. Please contact ictlegalcompliance@strath.ac.uk for advice if you wish to do this.

The University uses estream to make recordings and a link can then be embedded in Myplace. Estream, which relies on the University having the ERA licence, can be used to schedule recordings of upcoming broadcasts but it is also possible to search the archive for content.  Estream can be accessed via the following link by entering your DS username and password: https://ls-video2.ces.strath.ac.uk/Login.aspx?SourceURL=/Default.aspx&br=501

Once you have accessed Strathclyde's video streaming service homepage you can click on the create button on the top toolbar which gives you the options to record TV or access the TV and radio archive. The radio and TV archive https://ls-video2.ces.strath.ac.uk/Connect.aspx has a search function and if you find what you are looking for you can select 'import' to import the content to Strathclyde's video streaming service.  For example see screenshot below:

Box of Broadcasts (BoB) is an on demand TV and radio service. Box of Broadcasts provides access to radio and television programmes from over 75 free to air channels and has an archive of over 2.2 million broadcasts. Channels include: BBC 1, 2, and 4; ITV London; Channel 4; More4, Channel 5 and Radio 4.

This resource is for use by registered staff and students only and staff can embed programmes and clips from BoB into Myplace.  Users may watch and listen to the content for educational and non-commercial use only within the United Kingdom. Users cannot access the service when outside the UK.

The exception which permits playing or showing a film, sound recording or broadcast at an educational establishment to an audience of teachers and pupils for purposes of instruction would enable the playing of a DVD to students face to face on campus.  Unfortunately the exception doesn't allow staff to digitise a DVD and stream it to students or staff off campus. 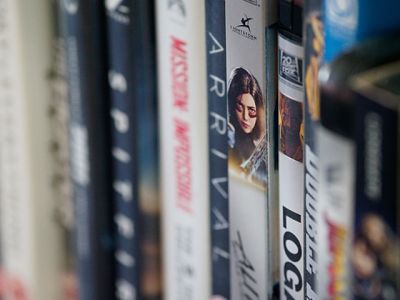 Photo by Brett Jordan on Unsplash

It is possible however that fair dealing with a work for the purposes of illustration for instruction may allow a DVD to be digitised and streamed off campus.  The text of the exception doesn't specify that you can only use it for extracts of a work so showing a whole film could be defensible.  It also has a 'no contractual override' clause so any wording on the DVD about 'solely for personal use' or any other licence/contractual condition preventing use of the exception can be set aside.

The exception is subject to 'Fair Dealing' meaning the use must be fair taking into account the amount of a work used, the purpose and any impact on the economic rights of the copyright owners. Where the University has already paid for access to the DVD and could legitimately show it in a face to face setting and access isn't possible through the University's other channels such as Box of Broadcasts or estream then digitising a DVD in order for access to be provided to students off campus would be unlikely to affect the commercial interests of the film's copyright owners.

Access to the film can either be provided by streaming off campus during a live lecture or making the film available in Myplace provided access is limited to the students that require it for their course and the period of time it is available is limited commensurate with the pedagogical purposes.  There must be clear attribution and we would suggest a copyright statement attached to /linked to the film that makes it clear students must not copy the film.

Relying on an exception to digitise and make a DVD available is a risk based decision. If you are uncertain you should contact ictlegalcompliance@strath.ac.uk.  Your Faculty Librarians can assist with checking availability and liaising with University Learning Technologists to carry out digitisation and uploading to Myplace.

Unfortunately there is no institutional or educational licence account available from streaming services such as Netflix or Amazon Prime.  Netflix and Amazon's business model is that individuals subscribe and stream the content for personal use.

According to the Netflix terms the film may only be accessed via the Netflix service, by a Netflix account holder so, the individual lecturer would need an account to show a film to students. Netflix don't sell DVDs nor can they provide other ways to exhibit content.  Where a lecturer has a need to show a film to students off campus rather than in a face to face teaching session then, provided a specific time was selected for a screening, it would be possible to show a Netflix documentary or film licensed for educational screenings using the lecturer's account and the lecturer sharing their screen via Zoom.  This approach is not appropriate for all Netflix content, only for content where the grant of licence for educational screenings applies and other legitimate ways of accessing the content have been investigated.

What about content not covered by an educational screening licence?

If a lecturer wants to show clips of a film in the classroom or within teaching materials made available to students within Myplace then this is possible even if you access the film via your personal subscription and stream the clips in class or download the film for watching offline as enabled via your subscription and add the clips to teaching materials.  Provided the clips are sufficiently acknowledged fair dealing for the purpose of illustration for instruction or quotation would apply. If you are showing the work in a face to face class the exception which allows the showing of a film in class to an audience of staff and students would also apply.

Using a whole film is more complex.  Playing a whole film in a face to face class would likely be covered by the exception for playing or showing a film at an educational establishment to an audience of teachers and pupils for purposes of instruction even where a personal subscription is used to show it.

This exception doesn't cover communicating the film to a remote audience so showing the film in a virtual classroom or making the whole film  available to students asynchronously in advance of a class is more problematic.

The illustration for instruction exception, while it doesn't expressly exclude whole works, is subject to a fairness test and it is more difficult to justify as fair making a whole film available to students rather than clips especially where the institution itself doesn't own a lawful copy.  There is an argument that making the whole film available will negatively affect Netflix's sales of subscriptions.